He’s the star of the “Gathering of the Spirit of 45” campaign, the first of its kind in the country.

To begin the seventieth anniversary celebration of the end of WWII in 1945, Captain Yellin holds a special place in history.

He flew the very last mission of the second world war over Japan.

Not only did Captain Yellin pilot World War II’s last mission, he also witnessed the death of the last person to be killed in the war, Second Lt. Phillip Schlamberg.

Schlamberg was also a pilot and was the very last casualty of the most destructive war in human history.

He had a premonition of his death in a conversation with Yellin before the two took off to Japan. 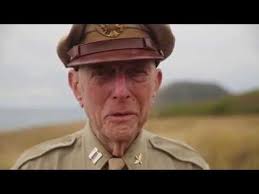 Ask yourself, how many of the few surviving WWII veterans kept themselves
and their uniform in such good condition for over 71 years and can still proudly wear it?

Notice his superb delivery, no teleprompter, no script — just a 91-year-old
fighter pilot representing the greatest generation at home and abroad who won WWII.

He has a remarkable take on life, sacrifice, and appreciation of the combined efforts of all served in the military and the millions of civilians at home who contributed to the defeat of 2 evil military and political forces of the mid-20th century.

Pictures and some Info courtesy of Wikipedia.com